We are lost in the many mazes of the Trap's 'instrumentality' - and we can't find our way back Home: good news, the way-out and the way back Home are revealed herein. "Awake thou that sleepest, and arise from the dead." (Eph 5:14)

Jesus came "to preach deliverance to the captives, to open their blind eyes; the opening of the prison to then that are bound, to bring out the prisoners from the prison; them that sit in darkness (ignorance) out of the prison house that they might be called trees of righteousness." (Lk 4:18; Isa 61:1,3 & 42:7)

Reading Revelation 12:9, "the great dragon, that serpent of old called the Devil or Satan, which deceiveth the whole world, he and his angels were cast out, in-to the earth." 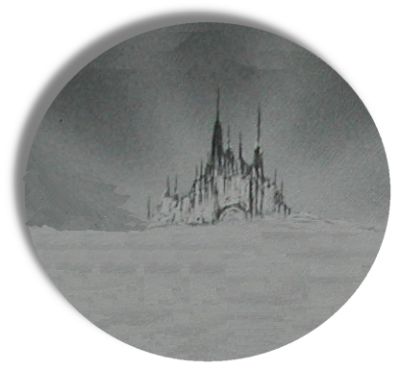 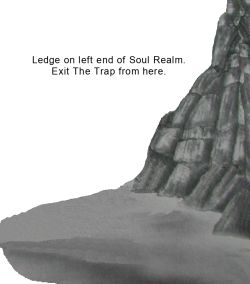 The outer most boundary of the Trap is a membrane of Kundalini energy containing all the elements of the Kundalini creation inside; including the golden bubble called Soul.

Applying the Esoteric Secret we call up the above image of the Soul Realm in our mind, engulfing our attention so concentrated in 'pretending' WE ARE THERE' , without question or doubt, we become engulfed in its virtual reality whereby the holographic scene plays-out with us inside, at the same time we 'pretend' to move towards the Soul Realm calling up the image of the "ledge" where we move to and then 'exit' horizontally straight out from the ledge and passing through the membrane of the Trap we rise up and away from the Trap, then turn around and view the Trap. (The experience is similar to the day-dream where you become lost in the fantasy imagery being generated in your mind, only instead of viewing that 'old imagery' you connect and experience the reality beyond the physical and mental deceptions of the Soul.

NOTE:   On the ledge of the Soul Realm you may encounter a being dressed in white, resembling an ancient master, or he may appear as the Angel of Death, a.k.a. the Grim Reaper: Pay NO Attention to either form. The one form is there to help the followers of Satan (a.k.a. Satnam) out of the Trap, while he appears as the Grim Reaper to scare away everyone else. 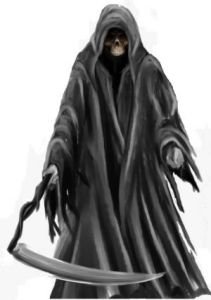 
All experiences are obtained through known imagery of the Reality and Pretending, to activate that imagery: the more child-like and 'make-believe' you can make it, the sooner you enter into and become an active participant in these conscious dream-like experiences.

Rise up out of this Bottomless Pit of sin, sadness, pain and suffering: awake to Righteousness. Put on the whole armour of God and submit yourself to doing God's will; resist the devil by standing against his wiles, and he will flee from you. "That they may recover themselves out of the snare of the devil, who are taken captive by him at his will." (Let them who have eyes to see, read 2 Timothy 2:15).

There is nothing to fear. No matter where you connect-to, or enter into or exit from, you are always here in the physical body, and so, just like in the dream state and you're having a bad dream or nightmare just - open your eyes.

Usually, the only negative situations that arise are when you fail to connect and become deceived by the soul's stored imagery, whereby the soul uses its power of imagination to call up negative 'stored images' to create FEAR; just as it does in the nightmare of the dream state. You will learn the differences via experience.

Remember: in the dream state or meditation, any time you think you are being confronted by negative beings or entities, with definite certain knowing conviction, start commanding the being or entity - "In the name of JESUS be gone! Repeat and keep repeating, with conviction, until it disappears: they are just images of soul.

"And the seventy returned again with joy, saying, Lord, even the devils are subject unto us through thy name. Thou believest that there is only one-God; the devils also believe - and tremble." (Lk 10:17 & James 2:19)